A tale of a canned life

The Abu Dhabi vertical side is stressed by the presence of stairs, stairways, escalators and elevators that can be remarkable and, often, of a certain architectural interest.

Astonishing staircase can be seen in the lobbies and ballrooms of many Abu Dhabi five-star hotels: the most popular are those of Emirates Palace that boast also a sumptuous external staircase.

And amazing staircases can be admired also at the Saint Regis Corniche, the 5 stars hotel housing a suspended suite at 220 meters high, between two buildings, at the Saint Regis Saadiyat, where the harmonious staircase connects perfectly to the private beach, or the superb marble-shining Grand Staircase at the Ritz Carlton.

Then, there are also escalators that can not go unnoticed, like those of many shopping malls, and those recently built in the Grand Mosque, stairs unpretentious but interesting, such as the weird carpeted stairs or the “floating stairs” where the steps seem suspended, definitely not recommended for those suffering from vertigo. 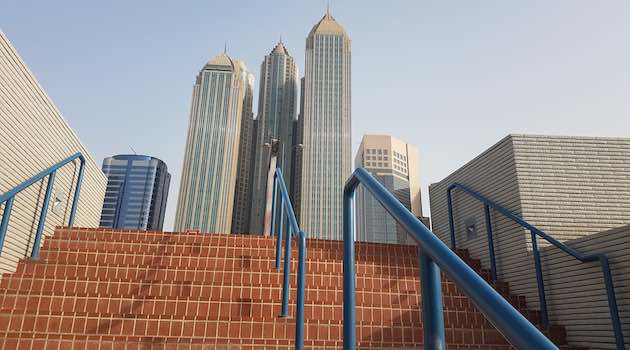 Finally, there are the everyday stairs, a great discovery of this canned life period. Everyday stairs are the ones that hide behind a humble door and that most of us avoid taking, even if we live at the second floor, because “why on earth? There is the elevator!”

Abu Dhabi has a charming vertical “mood”.
I only recently discovered this cool feature, thanks to our quarantene, which dates back to about a month ago, according to my new candid shatush, a gift by Mother Nature to help me tracking the time,  I am also fond of.

No doubt that in the vertical mood of Abu Dhabi the beautiful skyline is the superstar, popular worldwide, dominated by the “chopped off tower” of the Burj Mohammed Bin Rashid: this is the tallest skyscraper in Abu Dhabi, with its 382 meters and 92 floors, including the underground levels and includes part of the World Trade Center. Another super cool tower (one of my favourites) is the round skyscraper, Aldar HQ, commonly known as “the oreo” / “the big cookie” / “the dirham coin” which houses the headquarters of Aldar. 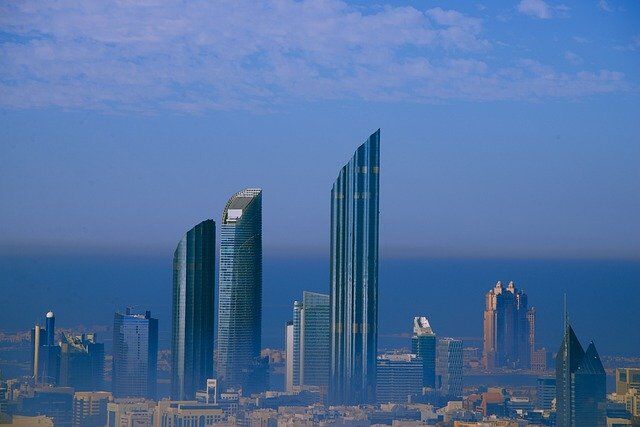 Then there are also the “pineapple skyscraper”, the “big pencils skyscrapers”, the “starred skyscraper”, “ the wavy skyscraper”, the “Etihad sisters”, “the gulf-ball Etisalat”: just to give you an idea of how varied and rich the profile of the giants of Abu Dhabi is and why we use them as accurate landmarks.

In Abu Dhabi city, even from a micro-balcony or from a window, it is possible to see at least one of the “giants” and in the end you become fond of it, as of a friend.

You should also know that Abu Dhabi’s skyscrapers often host not only offices and shops, but also hotels and apartments that offer unique spectacular views. At the top of these towers, it seems to be on board of an airplane, at that special moment just a bit before the landing, when you get the overview of whole city, at a glance. 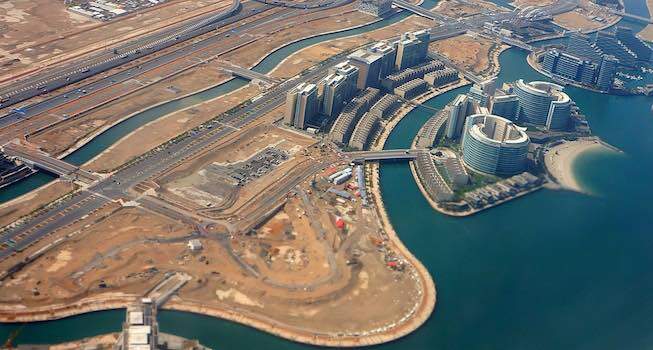 In these superb towers, many apartments with breathtaking views, often don’t have balconies at all and it is forbidden to open the windows as well. Basically, you can enjoy wonderful views from the closed windows, but you have to make do with the air conditioning.
When I asked for the reason of this, I was told that it is necessary not to let hot, very humid air enter in the summer, with the risk of transforming the apartment into an expanse of lichen, and to avoid bringing the whole desert into the house when the wind blows hard. And, above all, it is , of course, a safety measure to avoid extremely dangerous falls.

The vertical mood of Abu Dhabi is made not only by our giant guys, but also by buildings and compounds that, more modestly, stand around 10-15 floors or a little more. In these buildings, negotiating for opening windows and balconies, at least in reasonable circumstances, can be easier. 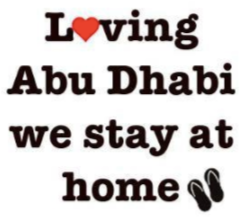 My flip flops and I are good guys and, of course, we stay at home, until further notice.
Meanwhile, urban explorations of Abu Dhabi continue, in a virtual and safe mode.
We are collecting information on services and resources that Abu Dhabi offers to face this period, and we are exploring the city from a special observatory, extending from my tiny balcony to the door and the quick excursions for grocery shopping.
We are also doing our best to keep up to date practical infos, that can help you to plan your next trip, and, above all, give you some inspiration on what-and-why it is worth taking a trip to Abu Dhabi.

Any questions about Abu Dhabi?